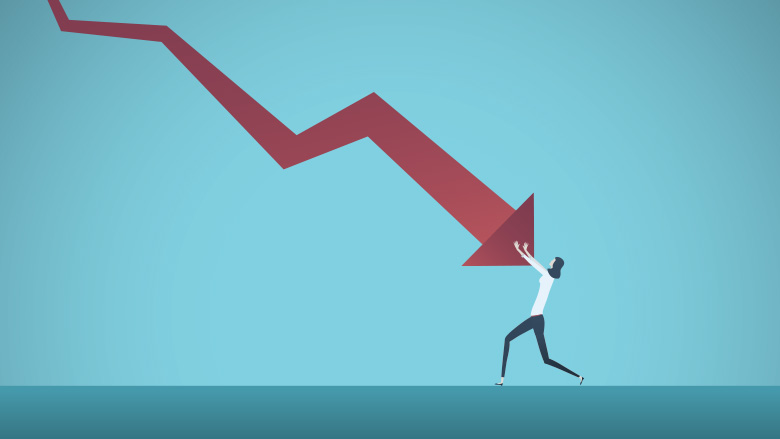 As we emerge from the pandemic, we’re hearing a lot of talk about a “recession”, but what exactly does that mean? The exact definition of a recession is a significant decline in economic activity over a long period of time. This can occur when the nation’s Gross Domestic Product (GDP) is negative. Other signs of a recession can be higher rates of unemployment, plummeting retail rales, and much more for a few months to even a few years. The government of Canada determines whether the country’s economy has entered or exited a recession. A recession means that the economy struggles in more ways than one, from rising unemployment rates to a decrease in sales in corporations.

Factors that Cause Recessions

There are quite a few factors that could lead to a national or global recession. One of the more obvious and recent ones is a sudden economic shock. The best example of this factor is the COVID pandemic. During these recent unprecedented times, our economy suffered greatly. Unemployment rates were at an all-time high and many businesses went bankrupt. An enormous amount of inflation or deflation can also be a dangerous factor that eventually leads to a recession. It is the federal bank’s responsibility to monitor inflation and deflation rates. Although a steady inflation rate is good for the economy, an excessive amount of inflation can lead to a recession, and it has many times in the past. Some other factors that can lead to a recession is excessive debt for individuals, businesses, and corporations, as well as asset bubbles. When investors become too optimistic during a strong economy, an irrational rate of investment can lead to inflation.

Looking for Yukon Gold Mining, Contact us so we can help you out in the gold mining process. Or if want to know the gold price, visit our gold price page.